The ancient Asian Golden Arowana (Sclerophages formosus) is the world’s most expensive ornamental fish. Malaysia is home to the Malaysian Golden Arowana or the “Golden Crossback”. With its humble origins from the lake & rivers off Bukit Merah, Perak the Malaysian Golden Arowana has become the world’s most sought-after aquarium fish due to its beautiful golden hues. After enduring overfishing and habitat loss in the wild, this endangered Arowana species which is protected under the Convention on International Trade in Endangered Species of Wild Fauna and Flora (CITES) is now under the threat of infectious diseases. 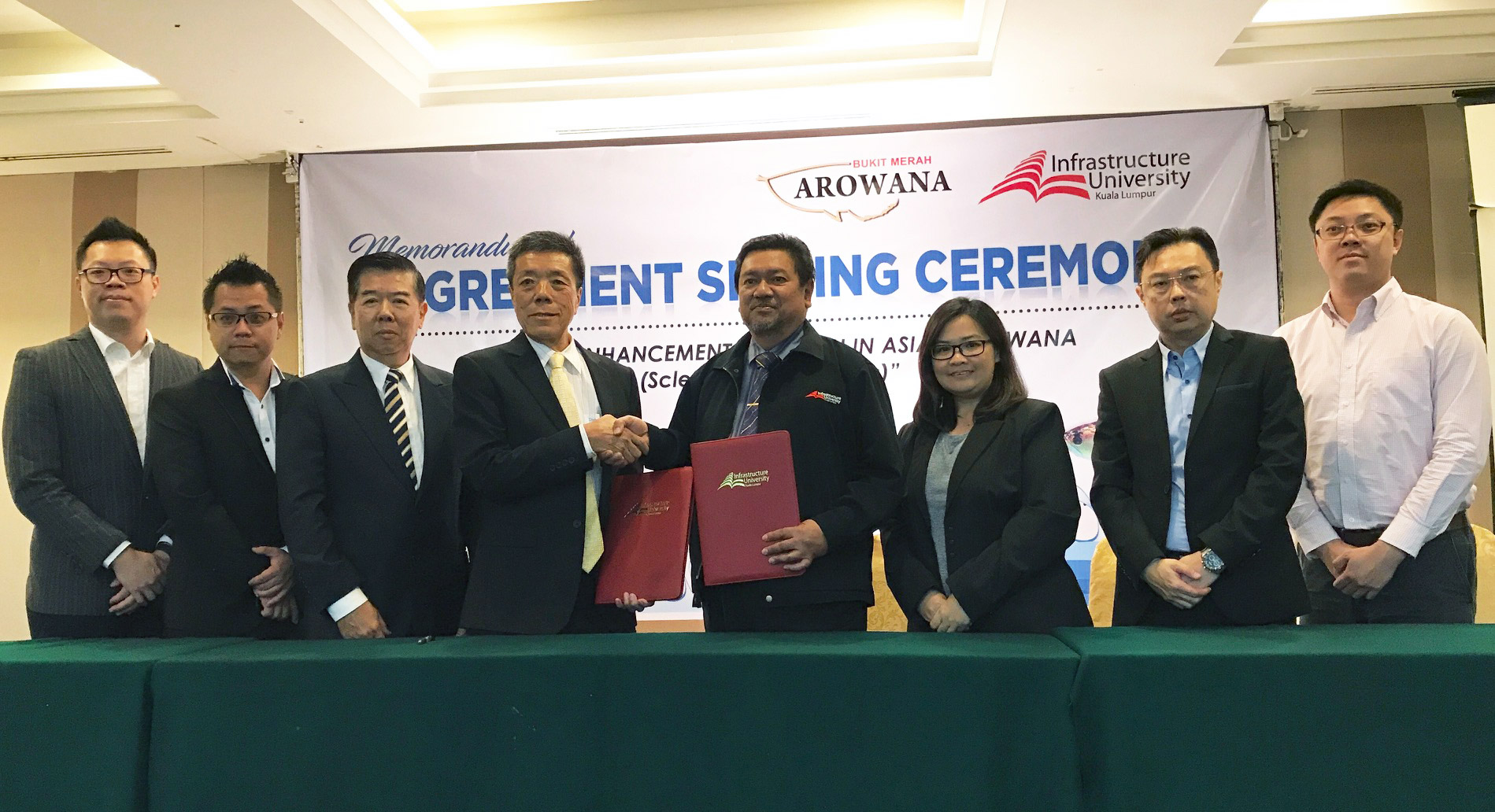 Captive breeding programmes under CITES for this species continues to grow due to the high international demand. Sustainable production to meet this insatiable demand is affected due to issues such as infectious diseases. The Infrastructure University Kuala Lumpur (IUKL) is however, privileged to render its expertise to protect and conserve this living national treasure through advance biotechnology. In collaboration with one of Malaysia’s largest captive breeders and exporters of Golden Arowana, the Bukit Merah Arowana Village Sdn. Bhd., the university will undertake pivotal research to protect the species by enhancing its immunity against infectious diseases. Specifically, IUKL is tasked to investigate the immunology, immune responses and antigen-antibody reaction of the ancient Arowana against pathogenic infections, and establish solutions and control measures to manage the diseases affecting the Golden Arowana captive breeding production.

The need to improve the immunity and health of farm-raised Golden Arowana is urgently required to overcome the health management issues that are affecting the industry. Across Malaysia, the emergence of health-related issues has impeded the sustainable growth of the industry. The project findings will allow new strategies for the protection and conservation of the ancient Asian Arowana using adaptive immunity to counter the threat of infectious diseases and other environmental stressors. Immune enhancement allows new approaches to improve Arowana fish survival that can replace the improper use of antibiotics that leads to the rise of antibacterial resistance in the environment. 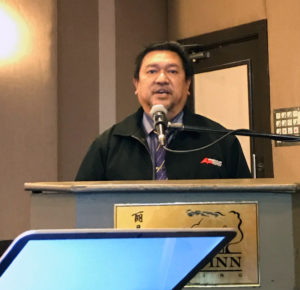 The Asian Arowana, affectionately called dragon fish by the Chinese due to its resemblance to the mythical Chinese dragon, is a symbol of good luck and prosperity across many Asian cultures. The association of the Golden Arowana to a “dragon in full flight” when swimming gracefully in the aquaria is considered very auspicious and is believed to draw positive “feng shui” to its keeper. Today, the Malaysian Golden Arowana’s 2 million years of evolutionary history faces a far more perilous journey and may be running out of luck if nothing more is done to improve its health and protect this magnificent species.