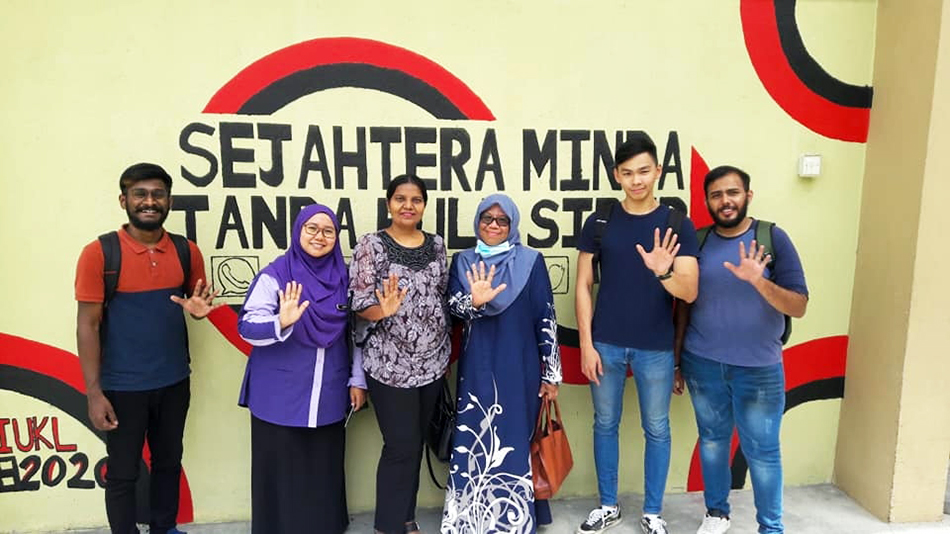 Cyberbullying, a serious issue that takes place over digital devices, can be truly threatening, merely annoying or relatively benign. Students in school could experience bullying from their peers at school, after school in their neighbourhoods, and even at home. However, there are many ways to prevent bullying.

This is where the IUKL students registered in MPU 3323(Pendidikan Moral 2) and MPU 2323 (Pendidikan Moral 1) joined hands to raise awareness on this matter. The objective of this event was i) to create awareness on the factors and the negative effects of cyberbullying and ii) to share coping strategies to help cyberbullying victims. The event took place at SMK Dato’ Abu Bakar Baginda, Bangi, Selangor with a total of 150 form four students as participants. This event was led by four lecturers, Dr Juliana Rosmidah Jaafar, Mdm. Wan Norhasila, Miss Siti Nurfarahaein and Mdm Ananthi. The programme started with a presentation on the definition of cyberbully and the types of bullying by IUKL student, Siven Lew Yao Wen. The participants were enthusiastic to get involved in the two-way interaction between the speaker and them.  The programme continued with a game called “broken telephone”. The objective of this game is to show how information can be misunderstood when people start to make their own judgement of some particular matter which could lead to rumours. The second presentation after the game was on how one could get help if they are victims of cyberbully. Lastly, we conducted a Kahoot online game for the participants to recap the information that they had received from the IUKL students. One of the groups in this programme drew a mural on the wall of the school. The mural “Sejahtera Minda Tanpa Buli Siber” was created to spread awareness on cyberbullying to the students and teachers in the school.

The event ended at 10.30am with a simple ceremony (photo session) among IUKL students and the teachers. We thank the school for giving us the opportunity to conduct a memorable and meaningful event as our project for this semester.