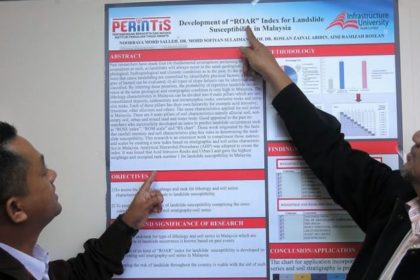 Prof. Dr. Roslan Zainal Abidin ( right) pointing at the “ROAR” chart which was developed by IUKL early this year.

KAJANG 2 Dec.-The I-Geo Disaster Research Centre, Infrastructure University Kuala Lumpur (IUKL) will notify relevant government agencies to play their roles effectively once the mapping of risk areas throughout Peninsular Malaysia is completed by the end of 2017.

He said the authorities should take actions early at high-risk areas to reduce the disaster’s impact. The landslide incident at Taman Idaman in Serendah on 26th November 2016 that happened around 1.00 a.m was a classic example. 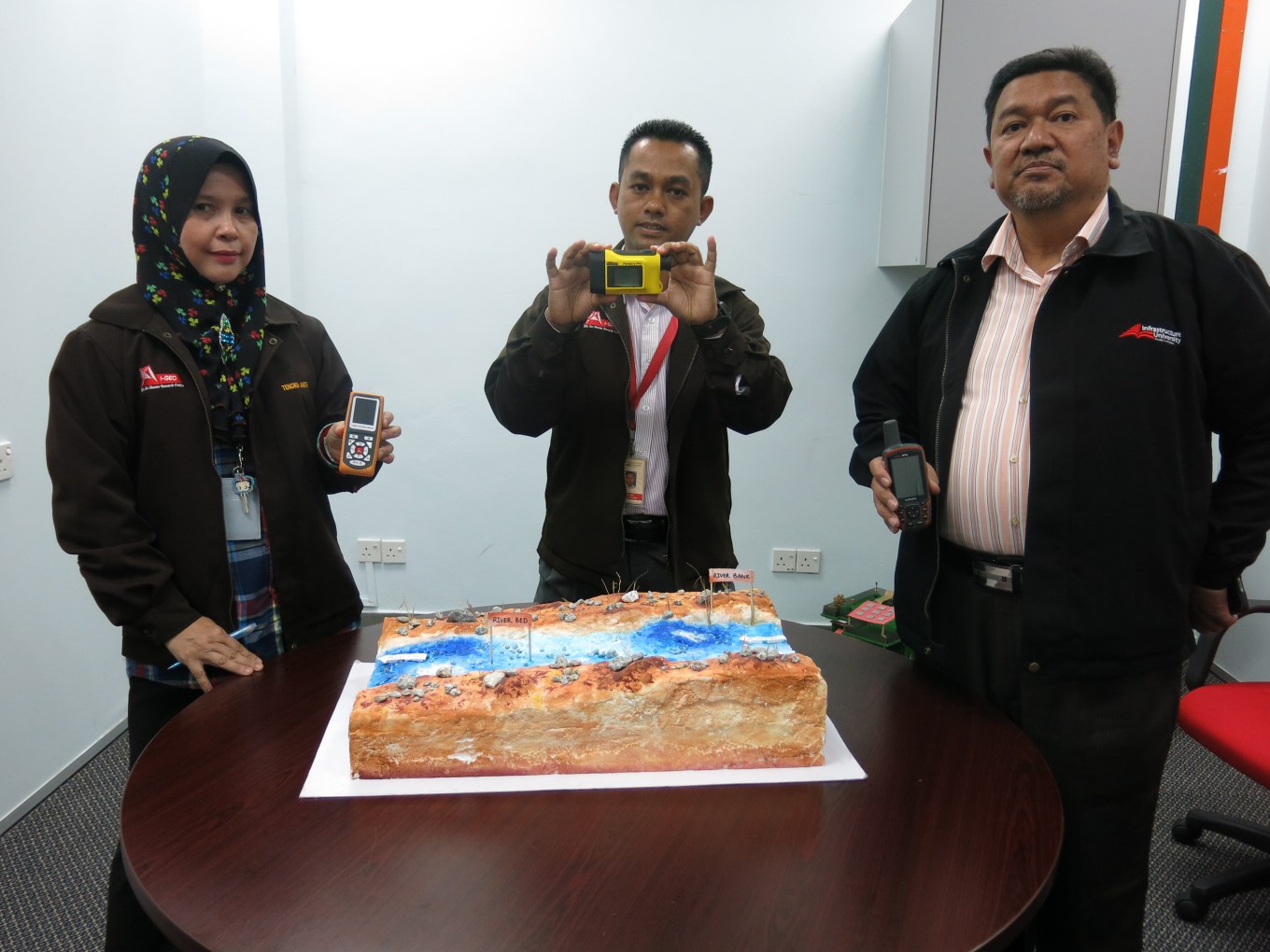 Roslan elaborated, a three hour non-stop rain in Serendah was found to be one of the contributing factors that caused the landslide. Prior to that on the 16th, 17th and 18th November, the volume of rainwater was already high.

He added that a motorcyclist was injured while a food stall and 10 vehicles were buried in the landslide. Meanwhile, residents from 64 houses had to be evacuated in fear that the slide might extend to the residential areas.

“The “ROAR” Index for Landslide Susceptibility in Malaysia which was developed by I- Geo-Disaster Research Centre IUKL, came along with the mapping system which could identify the potentialities of a landslide very much earlier.

“The mapping programme will be the final part of the research which is divided into three stages. The first stage was the identification of previous 38 landslide cases and secondly the creation and development of “ROAR” index based on soil stratigraphy and soil series characteristics in Malaysia,’’ he said. 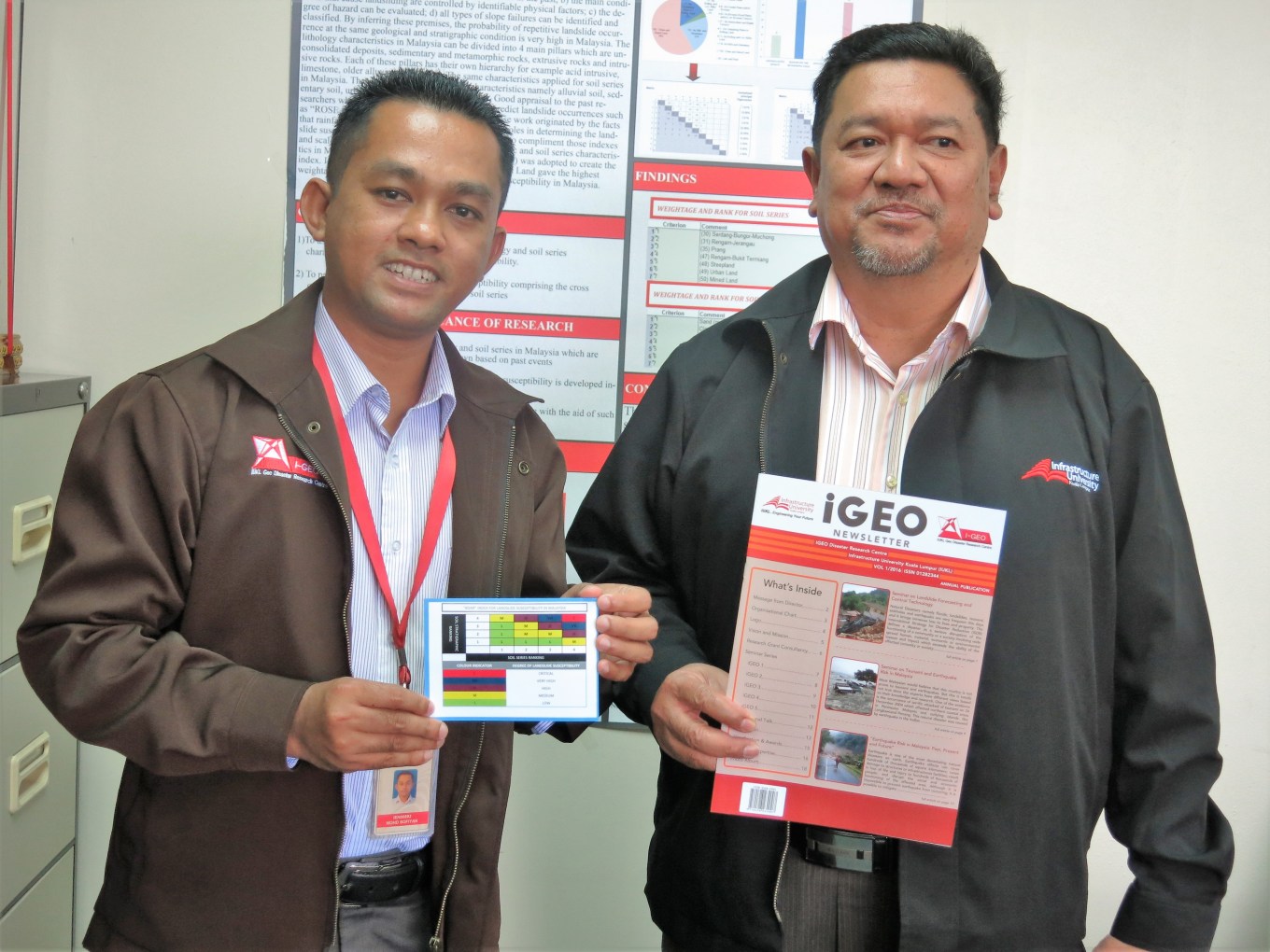 Prior to the development of “ROAR” index, historical records of landslide cases were tagged by inferring the associated soil strata and soil series respectively. A total of 42 cases were tagged spanning from 1993 to 2008 including Sabah and Sarawak.

The Serendah landslide was the first case since the “ROAR” was developed early this year. The “ROAR” research consists of three stages, firstly identifying the previous 38 landslide cases, secondly the creation and development of “ROAR” Index for Landslide Susceptibility and thirdly mapping of risk areas throughout Peninsular Malaysia.

Roslan added, the research is now progressing at 40 percent and will be completed by the end of 2017. –malaysiaworldnews.com 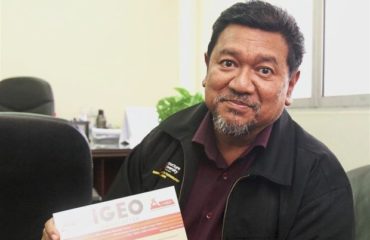 Local authorities must have dedicated teams to monitor slopes 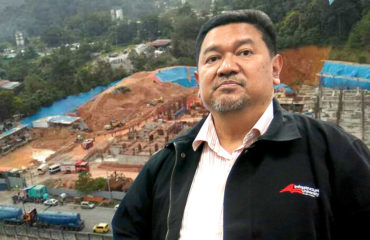 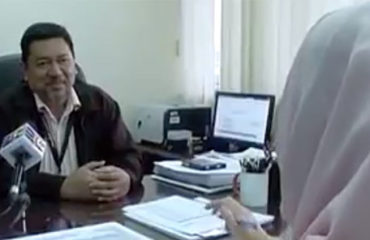