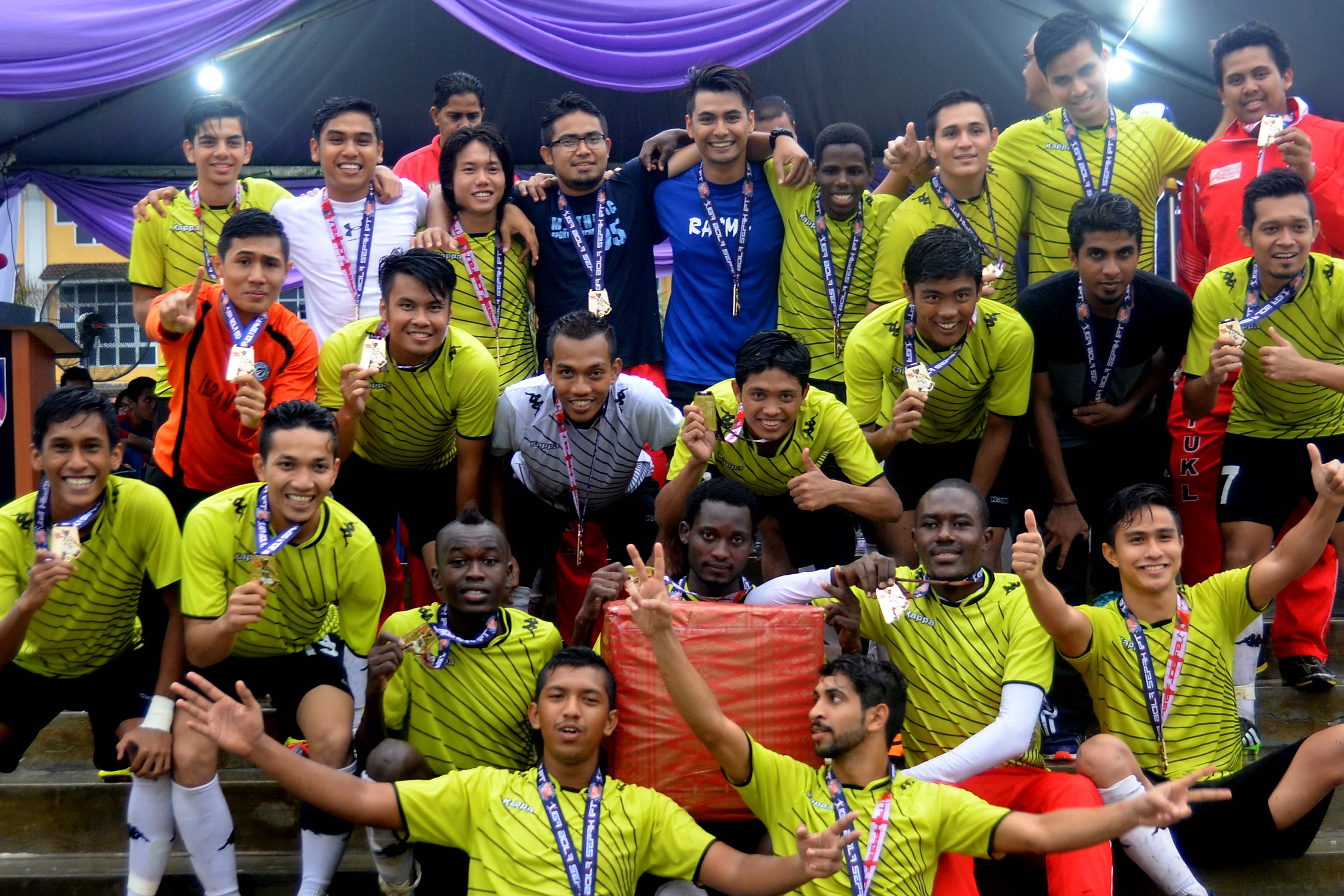 Great news! Infrastructure University Kuala Lumpur (IUKL) were crowned the champion of the ‘IPT League 2014: Selangor Zone Qualifier’ football match, which took place at Universiti Teknologi Mara (UiTM), Perak, from 14th to 18th May, 2014. The match was a qualifying round for the second middle zone among the Private Higher Education Institutions. IUKL won the semi-finals round against Politeknik Sultan Idris Shah, Selangor, by 2-0. In the finals against the National Defence University of Malaysia, IUKL won by 2-1 with a goal which was scored by Mohamed Efadil and another from a free kick by Nasser Ahmad.

“The high commitment and discipline of our students made them surpass the finals successfully,” said Mr. Ahmad Syazali, who is the coach for the IUKL team. These talented football players are active members of the IUKL Football Club.

Prior to the finals, IUKL competed with UiTM and the Management and Science University. With this triumph, the IUKL team will participate in the Grand Final League under the Institute of Higher Education Malaysia.

IUKL is extremely proud of the university’s football team for this memorable achievement.