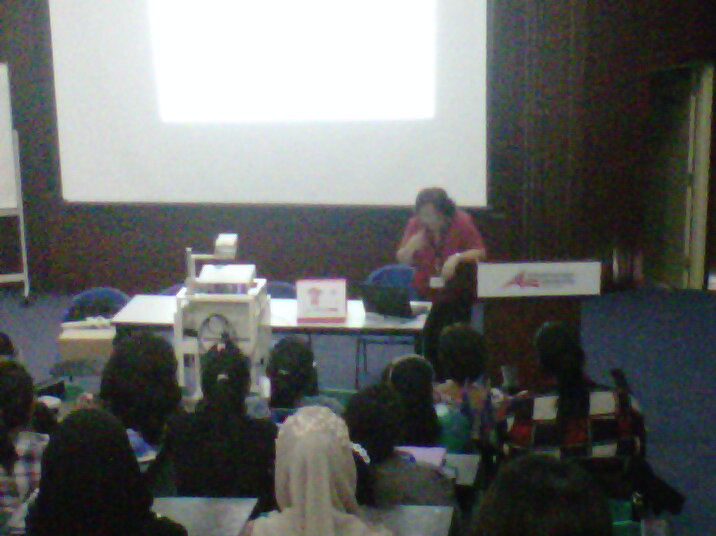 In the list of diseases commonly known to Malaysians, cervical cancer is in the third ranking. Approximately 275,000 women die from this disease each year. Nevertheless, it is not adequate to say that the awareness of this disease is mainly for women. Creating awareness should be equally done among men and women to support the elimination of this dangerous disease.

In order to create more awareness, IUKL organized a‘Cervical Cancer Awareness Talk’ on 24 September 2013. This talk was an initiative of the Career Development Unit, Student Affairs Division, with the support from the Federation of Reproductive Health Association, Malaysia. Dr. Mary Huang from Universiti Putra Malaysia (UPM) was the speaker for the talk. The clear explanation aided with visual slides explicated the seriousness of the disease. The importance of vaccination at an early age (before age 45) was emphasised. GlaxoSmithKline, the pharmaceutical company supplying the vaccines was represented by Ms. Elain. A special package for three vaccinations was promoted among staff and students.

A number of IUKL staff as well as students grabbed the offer of the promotional vaccination package.