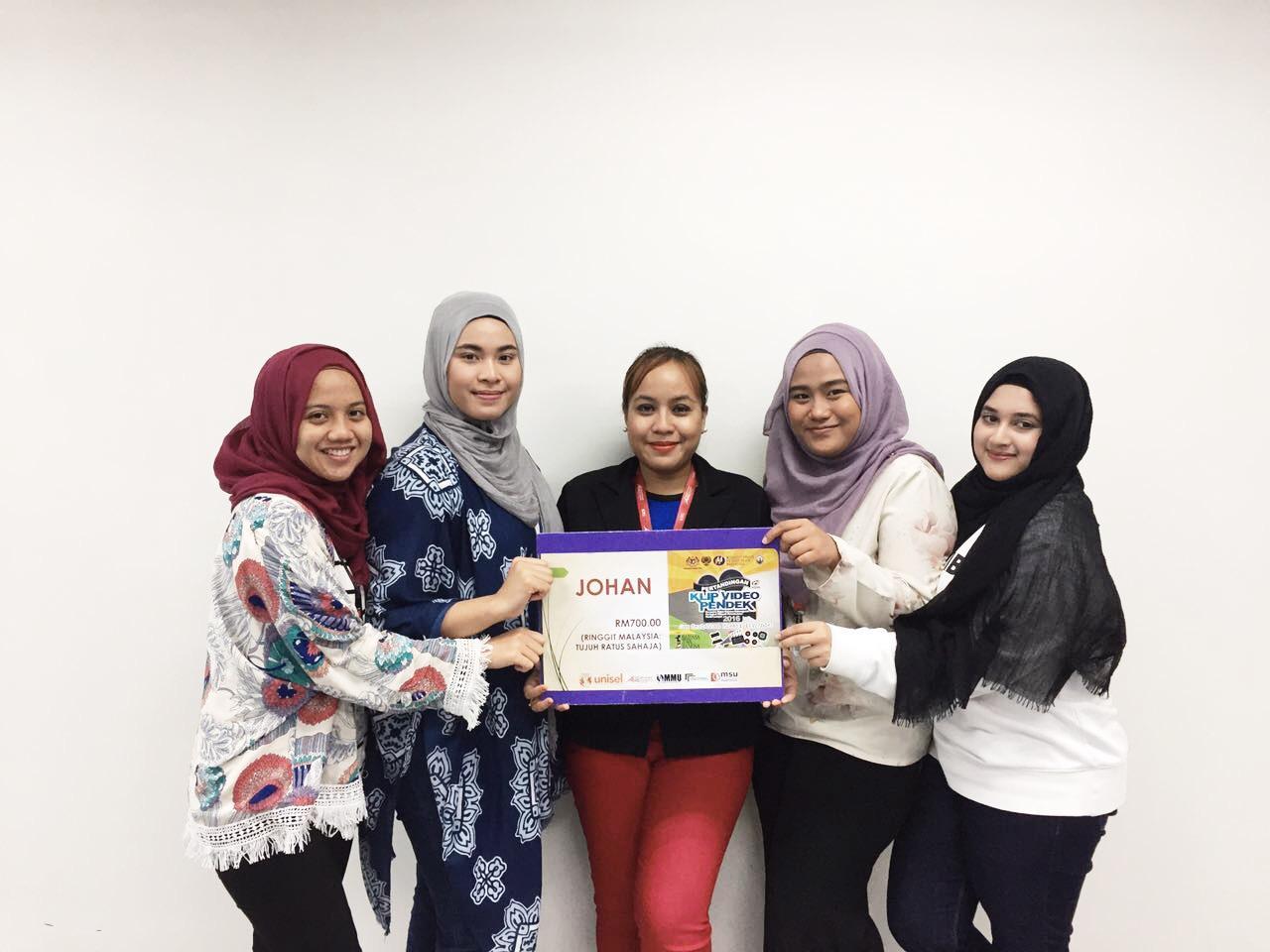 In conjunction with the National Language Month 2016 celebrations, Dewan Bahasa dan Pustaka (DBP), together with Universiti Kuala Lumpur (UniKL) held a Short Video Clip Competition. The competition was open to all students of Private Higher Education institutions in Kuala Lumpur, Putrajaya and Selangor.

The objective of this competition is to develop the talents and creativity of young people. The participants had to produce short video clips (duration of five (5) minutes) through ‘1 Bahasa 1 Jiwa and 1 Bangsa’.

A total of 19 participants from several universities participated in this event. IUKL submitted two videos by two groups and won the top two placings, Grand Prize and the 1st Runner Up.

The two groups of students (8 of them from the Bachelor of Communication (Hons) in Integrated Marketing Communication) in the Creative Strategy and Production course, were led by their lecturer Ms Azzura Azizul Azman.

Their commitment, teamwork, effort and spirit throughout this contest has paid off, and hopefully this would motivate IUKL to further develop the talent and potential of the students in the world of communication.